Brandon D. Anderson founded Raheem after he lost his life partner to police violence during a routine traffic stop. The officer had a history of being physically abusive, particularly during traffic stops, but no one had ever reported him.

According to Raheem, "Getting killed by police is the sixth leading cause of death for young Black men in America. Yet, we practically know nothing about how the 63 million police interactions every year shape our lives or the lives of our loved ones—until it's too late. There are 18,000 police departments in the country, each with its own unique, complicated process of reporting police misconduct. As a result, 95% of people do not report police violence and oversight boards miss the opportunity to have these experiences shape their policy agenda." 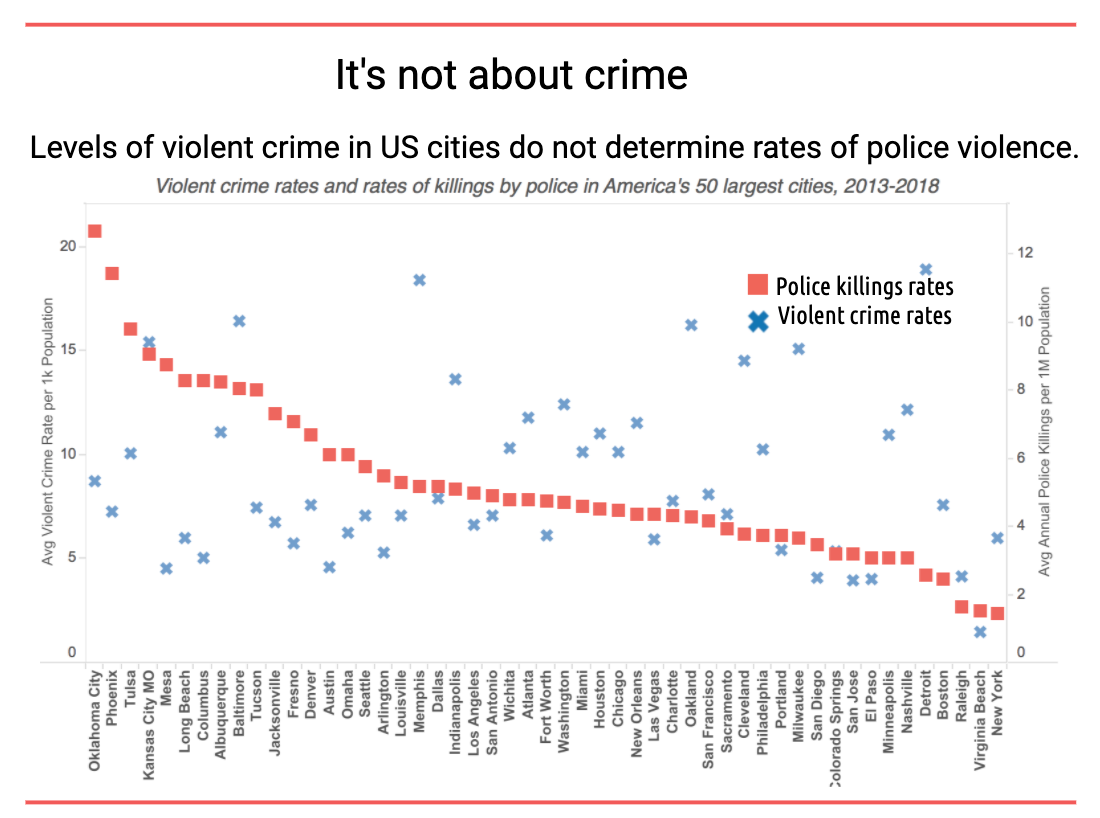 Source: mappingpoliceviolence.org. Read more about the data and methodology here.

Raheem uses data to identify places with the highest rates of police violence in the country. They then partner with community oversight structures in these areas to collect firsthand reports of police conduct and help people file formal complaints that can lead to officers being held accountable.

According to Chris Burbank Vice President of Law Enforcement Strategy at The Center for Policing Equity and the former Chief of Police at the Salt Lake City Police Department,

"The key details [Raheem] can provide on the back end—location, time of day, officer involved, person involved, race, ethnicity, gender, gender identity—are significant, he said, because departments can begin to look at how many people a given officer stops and searches, and what those demographics are...I can make an informed decision about whether I want this officer representing me in public, and I can have a data set to back up that decision—and that’s what’s been lacking in policing.” (CityLab 2018)

how can I get involved with Raheem?

Donate directly here and learn more about their work here